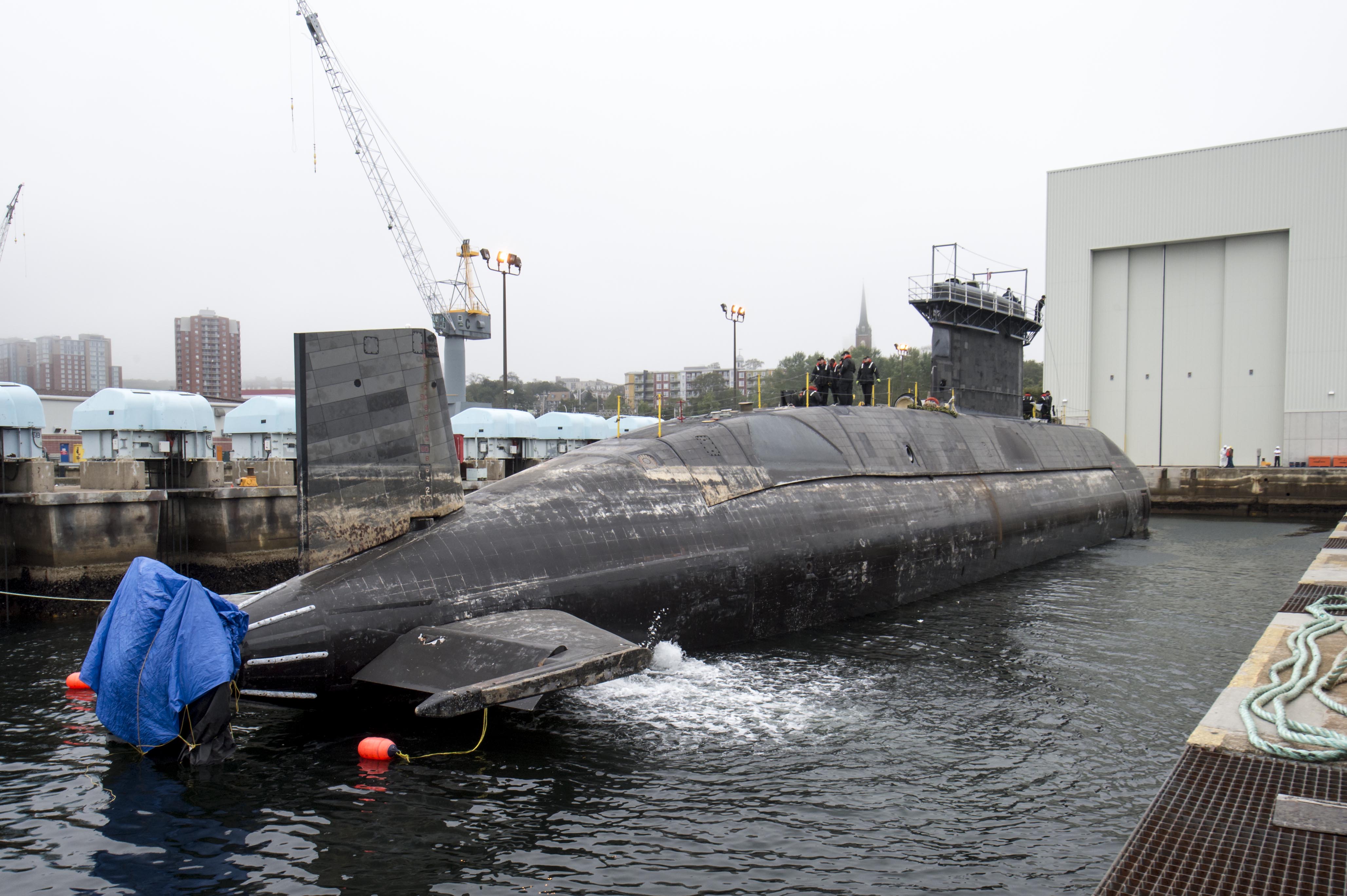 Staff, Metro Toronto
19 February 2016
NORFOLK, Va. — The commander of Canadian Fleet Atlantic says HMCS Windsor has been forced to dock in the United States after the submarine had mechanical problems at sea.
Commodore Craig Baines says the sub was headed back to port in Halifax on Monday when there was a minor issue in its battery cells, which help propel the vessel.
Baines says HMCS Windsor was sent to the Norfolk naval base in Virginia so that the problem could be investigated, and it arrived on Thursday.
He says once the investigation is complete, the submarine will resume its journey home to Halifax, but he couldn't say when that would be.
Baines says HMCS Windsor and her 60-member crew had been conducting exercises at sea with the United States navy for roughly four to five weeks.
Posted by Carl at 8:29 PM