What we know so far: A look at the U.S. Navy's new submarine hunter killer drone

DARPA's Anti-Submarine Warfare (ASW) Continuous Trail Unmanned Vessel (ACTUV) program seeks to develop a new type of unmanned surface vessel that could independently track adversaries’ ultra-quiet diesel-electric submarines over thousands of miles. One of the challenges that the ACTUV program is addressing is development of autonomous behaviors for complying with the International Regulations for Preventing Collisions at Sea, known as COLREGS. Substantial progress has been made in developing and implementing those behaviors. Currently, ACTUV’s system for sensing other vessels is based on radar, which provides a “90 percent solution” for detecting other ships. However, radar is less suitable for classification of the type of other vessels, for example determining whether the vessel is a powered vessel or a sailboat. Additionally, one of the requirements of COLREGS is to maintain “a proper lookout by sight and hearing.”

Nextbigfuture - This system will be the underwater equivalent of a Predator drone. There is no way you make a silent submarine drone for trailing enemy submarines criss-crossing the ocean without putting a torpedo or two into the system. The submarine hunter is in the DARPA project description, but the killer would come with the torpedo capability. 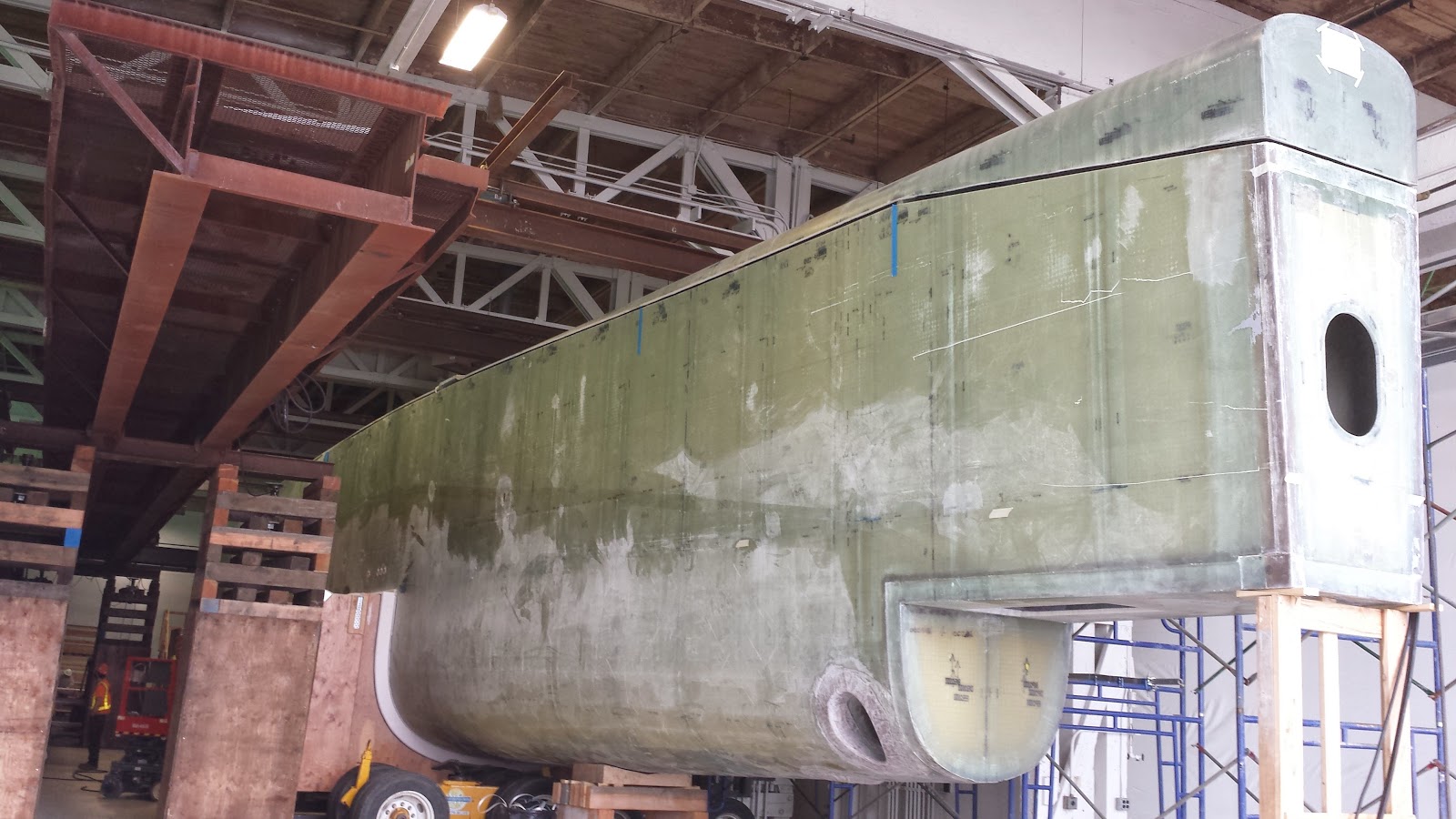 DARPA’s Anti-Submarine Warfare (ASW) Continuous Trail Unmanned Vessel (ACTUV) seeks to develop an independently deployed unmanned surface vessel that would operate under sparse remote supervisory control and safely follow the maritime “rules of the road” for collision avoidance known as COLREGS. The hull for the ACTUV prototype is under construction in preparation for planned water-borne testing of the full prototype later this year.

There was an earlier ACTUV concept 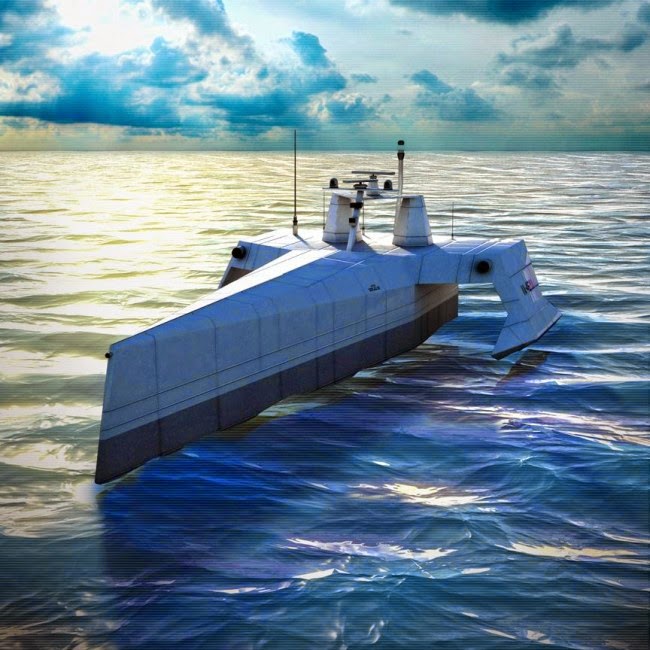 DARPA has issued a Request for Information (RFI) (http://go.usa.gov/3rMPk) about currently available technologies that could help ACTUV and future unmanned surface vessels perceive and classify nearby ships and other objects. DARPA is specifically interested in sensor systems and image-processing hardware and software that use passive (electro-optical/infrared, or EO/IR) or non-radar active (e.g., light detection and ranging, or LIDAR) approaches. The goal is to develop reliable, robust onboard systems that could detect and track nearby surface vessels and potential navigation hazards, classify those objects’ characteristics and provide input to ACTUV’s autonomy software to facilitate correct COLREGs behaviors.


“We’re looking for test-ready, multi-sensor approaches that push the boundaries of today’s automated sensing systems for unmanned surface vessels,” said Scott Littlefield, DARPA program manager. “Enhancing the ability of these kinds of vessels to sense their environment in all weather and traffic conditions, day or night, would significantly advance our ability to conduct a range of military missions.”

The RFI invites short responses (5 pages or fewer) that explore some or all of the following technical areas:

* Maritime Perception Sensors: Any combination of non-radar-based imaging and tracking methods, including, but not limited to, passive and active imagers in the visible and infrared wavelengths and Class 1 Laser Rangefinder (LRF) and Flash LIDAR to image ships during day or night in the widest variety of environmental conditions, including haze, fog and rain, over ranges from 4 km to 15 km

* Maritime Perception Software: Algorithms and software for detection, tracking and classification of ships by passive optical or non-radar active imagers

* Classification Software for Day Shapes/Navigation Lights: Algorithms and software to support detection, tracking and classification of day shapes and navigation lights—standard tools that vessels use to communicate a ship’s position and status—by using passive optical or non-radar active imagers

ACTUV aims to persistently trail adversaries’ submarines, limiting their tactical capacity for surprise. As designed, it would operate under sparse remote supervisory control but could also serve as a remotely piloted vessel, should the mission or specific circumstances require it. With an envisioned price tag of $20 million per vessel, ACTUV aims to provide breakthrough capabilities at a price much lower than manned warships. Initial water-borne testing of an ACTUV prototype is scheduled for later this year. 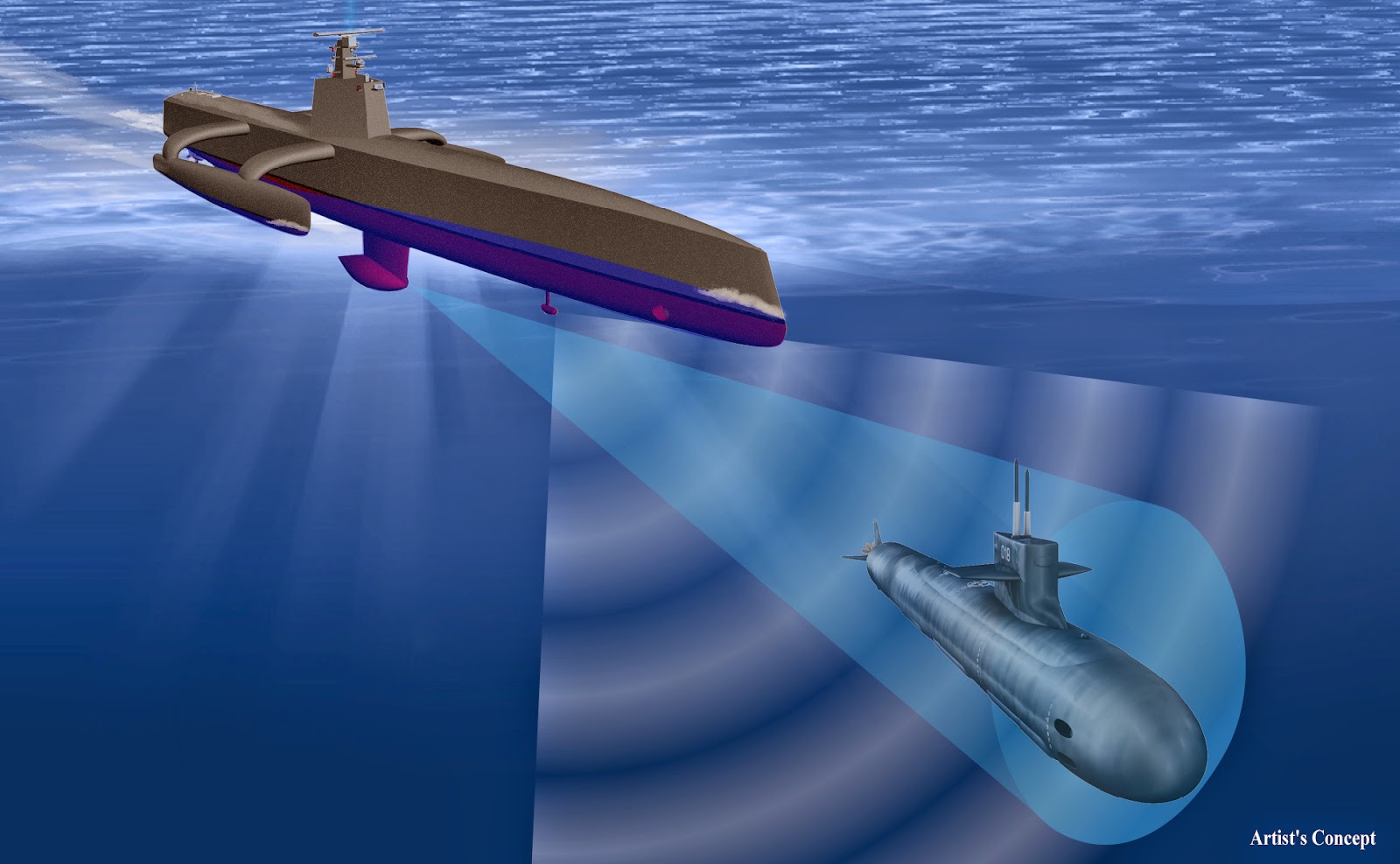