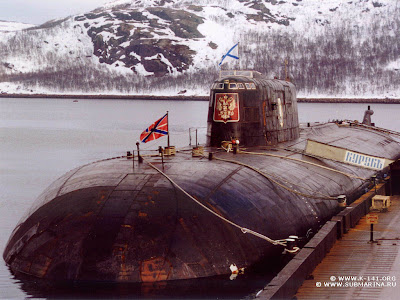 French filmmaker Luc Besson's production company EuropaCorp is developing a "Kursk" movie based on the 2000 K-141 Kursk submarine disaster in which 118 Russians perished.
EuropaCorp has hired Danish director Martin Zandvliet to direct "Kursk" from a script by Robert Rodat, based on Robert Moore's book "A Time to Die", reports variety.com.
The Kursk sunk during a Russian naval exercise in the Barents Sea after explosions within the submarine. The Russian government refused help from foreign governments for five days before agreeing to accept aid from the British and Norwegian governments.
The Russian Navy initially asserted that the sinking had been caused by a collision with another vessel but the government eventually admitted that the cause was a torpedo explosion in the submarine.
"Kursk" will be Zandvliet's first English-language film.
Posted by Carl at 10:14 AM